Great review in spite of my blunder

‪After my blunder of submitting the unedited version of Ruby instead of the published version, I was delighted to still receive a great review:

Online Book Club Review: My least favorite character in the book was Ruby. She had some great character traits, such as being cute and very intelligent. Unfortunately, she always used these qualities to get what she wanted and to manipulate people. Ruby was often sarcastic and devious, especially when she talked to Patricia. Her intelligence allowed her to handle situations that most adults could not handle. In fact, during the story she became hunted and alone as an eight-year-old. She managed to survive on her own, which would normally be admirable for someone so young, but she was so manipulative and creepy that I kept wanting her to be found. I could almost hear her taunting voice as I read. ‬
‪This book kept me spellbound and I read the book in its entirety in one sitting. I could not wait to see what would happen next. The story was captivating from beginning to end. The ending could lead into a follow-on book. ‬
I recommend this book to anyone who enjoys mystery thrillers. This book is appropriate for teen readers to adults. The language is not inappropriate and there are no sexual scenes. There are brief descriptive murder scenes which some readers may find inappropriate, but they provided some necessary detail to the story. The author definitely got my attention, and I would like to read more books from her.
The repercussions of the un-edited blunder:
Unfortunately, there were multiple spelling, capitalization, and word usage errors. Because of the errors, I regretfully give the book 3 out of 4 stars instead of four stars the story deserved.

Popular posts from this blog

- September 16, 2020
“Show me Bob walking across the room to turn on the heat, don’t tell me.” What? What does that mean? I didn’t get it, if I wrote that Bob walked across the room to turn on the heat, the reader should know he was cold why wasn’t that showing them? I didn’t study creative writing as most published authors did. Oh, sure I had a gift of storytelling, but not a clue how to properly put that story into words. I had to learn one baby step at a time. But still I have come to find out that the show, don’t tell thing is a hard concept for even the most studied authors to learn. It took two books, a few frustrated editors, and the start of the third book for the light to finally come on for me. Show, don't tell  allows the reader to be in the room with Bob as he walks across it. They can hear the boards creek beneath his feet or feel the icy chill on his arms as gooseflesh begins to rise. Describing the walk and cold through action words, thoughts, senses, and feelings rathe
Read more

- September 06, 2020
What you might not know about fiction authors is we’re all just a bunch of liars... Well liars might be a bit extreme, so let me put it another way. We’re the ones who exaggerate the truth to excessive levels. Let’s say a group of twenty geese flew overhead… the want-to-be writer would say there were thirty. But the best of the best fiction novelist would say there were hundreds, and if feeling more creative than normal that day, thousands. Then the story takes on it’s own set of wings, now this novelist remembers one of these geese leaving the formation to swoop down and attack a little old lady who with her failing eyesight, never saw the bird coming. Okay now the writer feels bad about tormenting an old lady, so they must develop a hero. This is often an alter ego of them self. Maybe they saved the lady alone, forget the alter ego. Moral to my story, if you catch me in a lie, just remember I’m only trying to be the best novelist I can be, or…… I just can’t help myself.
Read more 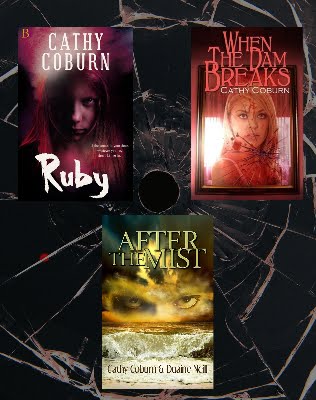